Most Awesome Cachaça Collection I've Yet Seen In North America 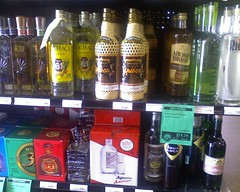 Here, you can see Cachaça 61 (ten better than Cachaça 51, I guess?), Ypióca Ouro and Crystal, Leblon, Rio D, Água Luca, and both varieties — bálsamo and jequitibá rosa — of the absolutely sublime Aroma Brasil.

The reason why you can only see the bálsamo Aroma Brasil there is because I bought the last jequitibá rosa. The bálsamo was on sale for $19.99, so I grabbed that too. (It's just as good, if not better, than the five-barrel-awarded jequitibá rosa.)

Now that my travel is going to stick to this continent for the foreseeable future, you'll see more results from the tasting lab. 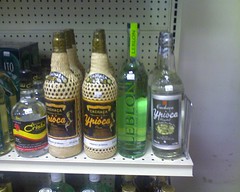 From here on out, I think I'm going to only do a "Retail Watch" post if the store offers something other than, or in addition to, Ypióca and Leblon.

Keep in mind, I'm open to contributors. (Just so this category doesn't end up being all-Chicago-all-the-time.)

Landed safe and sound. Much less hectic than my trip out of here earlier this summer, which took 44 hours and two hotels on the airline's dime.

So, there I was on Saturday. One restaurant. One bar. Two cachaças.

At the restaurant, I had a rather generous dose of Isaura before dinner. As a nightcap at the hotel bar? Velho Barreiro.

The next day, I took these snaps at a corner bakery-slash-convenience-store with my Samsung Ace worldphone: 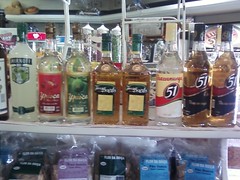 At the far left, you notice that Smirnoff is marketing a caipiroska mix. (For those who don't know, a caipiroska is like a caipirinha, except with vodka substituted for cachaça.) They introduced it about three years ago.

It also seems that Ypióca is offering two flavored cachaças: "Red Fruit" and "Limão". Ypióca isn't marketing the former on its site, though. Also thought it was interesting that they gave it an English name.

To the right of the Ypióca, you find Terra Brazilis and two varieties of the near-omnipresent Cachaça 51. 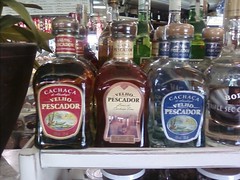 And here's three varieties of Velho Pescador. I picked up the one you see on the left.

Once I got together with my Brazilian, Mexican, and Argentinian colleagues, we had dinner and took in a show by the Sambasonics. Here's a sample from YouTube:

The rest of the time, it was me sacrificing myself to the Gods Of Powerpoint. The talk to me. Command me. Guide me. And forever I must obey. 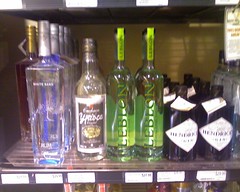 If memory serves, this high-end food store -- similar to Andronico's or Draeger's for you west-coast types -- carried more cachaça labels earlier this year. 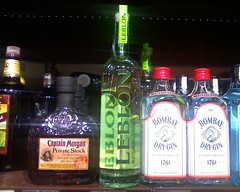 Alas, Dominick's carries but one brand. Also featured within an endcap. 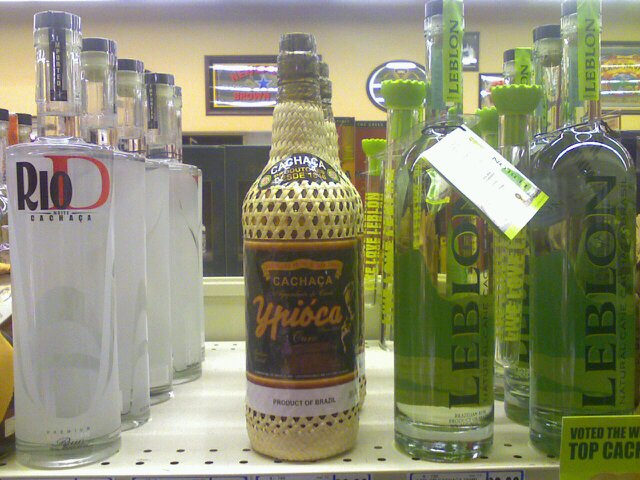