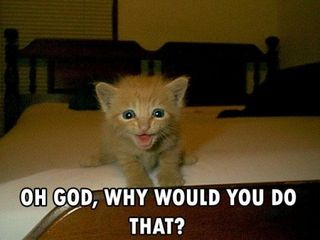 Perhaps I've been unfair. I've often said that cachaça marketers, in the years leading up to the World Cup and Olympics in Brazil, should probably find another job if they couldn't make a category of our favorite spirit in the U.S.

Truth is, cachaça is sadly a declining category in its native country. The good news is that increasingly liberalized trade is giving Brazilians a choice in their adult beverages. The bad news, by way of the Eurasia Review, is:

Brandy (referred to locally as conhaque) is failing to attract new consumers and a narrowing price gap between conhaque and imported spirits is making trading up easier. Whisk(e)y, in particular Scotch whisky, remains the ultimate status signal for Brazil’s aspirational middle class.

In Brazil, where cachaça is largely consumed in the Caipirinha—the national drink—its perception as a lower-class beverage underlies the spirit's volume decline. "Caipirinha literally translates to 'little hillbilly,' the reason being it was so bad you had to add limes and sugar," said Trevor Stirling, an analyst at Bernstein. "A middle-class Brazilian will never ask for a Caipirinha, but a Caipiroska [a Caipirinha made with vodka]." Stirling said that 96 to 98 percent of the cachaça sold in Brazil is lower-grade varieties, and that this segment is likely to continue to suffer. By contrast, Brazil has emerged as a key market for global vodka brands like Diageo's Smirnoff and Pernod's Absolut.

Would be a shame if cachaça briefly achieved critical mass in the states, only to have Brazilians say, "Bah, we don't even drink that. Got any Grey Goose?"